The Future is Here

The Future is Here

In 1985 a trilogy of films called Back to the Future began, where an eccentric scientist Doc, and a teenager, Marty McFly, had the ability to travel through time aboard a rickety DeLorian. Like so many science fiction stories. from the Jules Verne’s novels to Star Trek and Terminator, they imagined a future and traveled toward it, a future where we don’t need roads. 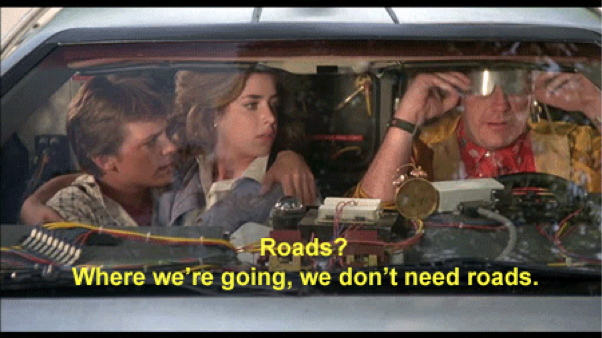 The future has arrived, because our friends traveled to this year, October 21st 2015, a few months from now for cars to fly.

However, have we come to this imagined future? Perhaps we don’t have flying cars but many technologies could approach quite that technological future, different from 1985 or the catastrophic one caused by machines imagined in the first Terminator, in 1984. To begin, mobile with social networks have revolutionized the way we relate. There are theories that say that we isolate ourselves even more, but some do not. Like everything else, the tools do not do what we are, we are who choose what we do with them.

And we wanted to dedicate this article to that. We are in the third human revolution. The first was the Agricultural. The second, much closer, was the Industrial Revolution. And the one we are living, at dizzying speeds, is the Technological Revolution, which already has been imagined but it isn’t that one we are living in. The future that we have come, can now have three possible pathways and all, with the help of technology. The three possible routes we propose are a summarized as any of what is said, is expected, to more than what the imagination already said 30 years ago and it’s maintained. Variables are not only technological, but rather, as well, what the individual has always pursued: goodness, beauty and truth.

The ideal. Utopian might almost say, the technology would be put at the service of man, but its use will be in a good way. Artificial intelligence, robotics, … are getting there to a point that will come a time when machines replace people as necessary, as imagined Issac Assimov, and the human person is only at that point that the creativity and imagination, would be your vital development and not having to work a supermarket cashier -without detracting who does it- for earning a salary, when you could be writing, painting or just watch the world go by having fun if that is your desire. The society would allow everyone had decent housing and minimum wage to cover basic needs. Then it would be in the hand of every person wanting to go further and develop as a person, but never, no human, will have to think about food and where sleep.

The catastrophic. It has been seen many times in science fiction that is arguing the dark side of the human person. Here the three variables that are searched become evil, ugliness and the lie. Unfortunately, we can not deceive ourselves, human beings for centuries and centuries, since what is known in History, which always falls on these errors and is very difficult to separate from the human condition.

Here we come to the third way, which is not utopian or catastrophic, and is one in which each and every one of us have to try to put the best of ourselves to the trend is the ideal, and fight catastrophic with necessary weapons, within the limit of falling into covert totalitarian options that have given us the twentieth century and still run in the XXI century. Here, we mention that fiction that imagined this in the imaginary world created by Gene Roddenberry in Star Trek, where it would be great to arrive as humans, without going through the catastrophic step as imagined by Gene.

This article has been more a philosophical reflection than about technology, but in addition to the above, serves to excuse to open a series of articles we will make during 2015 about new technologies emerging that may lead to this future. In this line, must mention that there is a company that is in the countdown to the October 21st 2015 to have the skateboard that Marty McFly uses to escape from the typical bully: the ugly, the liar and the evil. 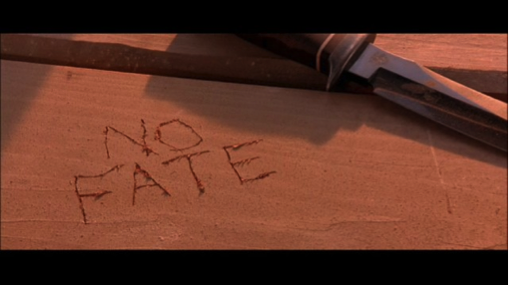 No destiny, the future is in our hands.